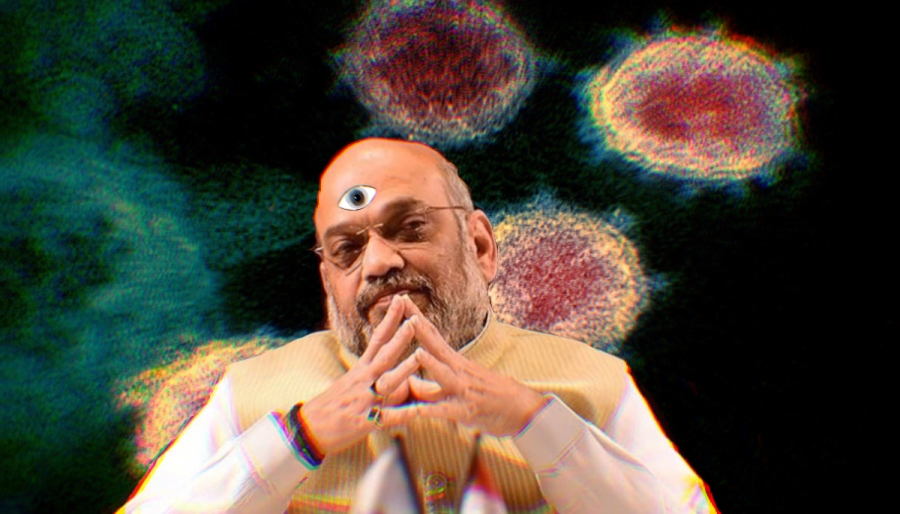 In November 2019, it became public that the WhatsApp data of 121 Indians; including over 30 journalists, activists and lawyers critical of the government’s policies; was compromised through an Israeli spyware named Pegasus. Most of those affected during this ‘snoopgate’ alleged governmental responsibility and involvement in the scandal – indeed, NSO, the makers of Pegasus, clarified that the software is licensed only to government intelligence and law enforcement agencies. The Ministry of Home Affairs not only denied the involvement of the Government of India, but accused WhatsApp of not informing them in a timely fashion – and when it was revealed that WhatsApp did, in fact, notify the government of the issue twice, they said that the information was too “vague” and “jargonistic” to take action. When questioned in parliament by DMK’s Dayanidhi Maran, the MHA in a fantastic non-answer cited its powers under Section 69 of the Information Technology Act 2000, which allows government agencies to intercept, monitor or decrypt “any information generated, transmitted, received or stored in any computer resource”.

On Thursday,the MHA issued an advisory regarding Zoom, a popular video conferencing platform, citing it as “unsafe” and vulnerable to unauthorized interception, and issuing guidelines that its burgeoning private usership, increased in light of the Coronavirus lockdown and ‘work-from-home’ compulsions, can follow. At the same time, the government is pushing forward its Aarogya Setu app as a tool for tackling the Coronavirus pandemic – the app saw over 5 million downloads within three days of launch, and is being staunchly and steadily promoted on social media and through schools and government offices. However, privacy focused groups such as Internet Freedom Foundation have raised alarm due to the app’s non-compliance with globally-held privacy standards. There are widespread concerns over its scope for data collection and capacity for surveillance, the lack of transparency in the absence of a legal framework governing its use, and the lack of clarity on which ministries can access the data collected through it. Plainly speaking, the purpose of the app is vague enough to be expanded and exploited by the government.

This raises two questions about the government – and specifically the Ministry of Home Affairs – regarding their inclination to track and monitor citizens and what they wish to achieve from it, and regarding the matters they consider important enough to provide comment on.

Both questions come into sharp focus in context of the Citizenship (Amendment) Act and the events surrounding it. Both the violence at Jamia Milia Islamia and the riots which broke out in North-east Delhi on February 23rd came as offshoots of the government’s decision to implement a nationwide National Register of Citizens (later retracted in a mind-boggling set of contradictory statements by Modi and Shah), actions that would most drastically affect India’s Muslim population, in addition to women and the poor. The MHA’s guidelines on Zoom calls come in wake of Home Minister Amit Shah’s unwavering public silence with regards to the Delhi Riots. While Shah did make an insubstantial statement of “grief” in the Rajya Sabha a few days ago, his barely-articulate  assurances with regards to the implications of the NRC and CAA for minorities to ring hollow. Similarly, while Shah ordered the Delhi Police to take strict action against the man who fired a gun at the Anti-CAA protesters at Jamia Milia Islamia on January 30, not much progress has been seen since.

On the contrary, while panic over the Coronavirus pandemic is taking over, it is the students who were victim of these attacks that are being taken into custody under the pretext of alleged incitement of the riots. In the past week, the media coordinator from Jamia Coordination Committee has been arrested, along with at least two more students all on account of “communal conspiracy,” while over 50 students who were part of the protests have been served notices to appear for an investigation on the 20th of March even as lockdown continues to be enforced. Students in Delhi are exiting protest groups on WhatsApp en masse, alleging that members are being tracked and arrested indiscriminately. In fact, while the country is struggling to cope with the implications of the Coronavirus, law enforcement energies are being directed overwhelmingly towards arrests – recently, Dalit rights activist and scholar Anand Teltumbde – one of the people whose phones were revealed to have been spied on in November – was taken into custody by one arm of the government even as its mouthpiece, the Prime Minister of India, ironically greeted people and remembered Babasaheb Ambedkar on his 129th birth anniversary.

In all of this, the MHA’s priorities seem worrying and self-defensive. Be it surveillance or arrests, the government seems to be acting in shoddy self-interest. Whether it is also in the interest of the nation and its people is for us to truly ponder on.

At Loggerheads: A Podcast about Culture, Literature and Music

You may check out Vartika’s Tumblr moodboard for a regular feed of handpicked art, poetry, music, videos, and essays, and follow @punkrockandreticence on Spotify to listen to her playlists.

Translate To Your Language